As a parent, you want what is best for your child. This includes finding the right education and career path. And when it comes to acting classes, you want to find the best acting school for your kids. It is important to find a comfortable environment for your child, where they feel confident in their abilities and are able to take direction well.

But how do you know which one is the best?

There are a number of ways to find the best acting school for your kids. You can start by asking around for recommendations from friends, family, or other parents whose children are involved in acting. You can also search online for acting schools in your area. If you are in Dubai, you should consider our drama, acting, and theatrical classes.

1) Consider the Age and Personality of your Child

Finding the right acting school for your child can be a daunting task. There are dozens of schools to choose from, and each has its own unique approach to training young actors. To make the process of finding a school easier, it’s important to consider your child’s age and personality. If your child is on the younger side, you’ll want to look for a school that offers a supportive and nurturing environment. Older children may thrive in a more intense, competitive environment. And if your child is introverted or shy, you’ll want to find a school that emphasises creative expression over performance.

By taking your child’s age and personality into account, you’ll be able to find an acting school that’s the perfect fit for your family.

With so many options out there, it’s important to do your research and ask around before making a decision. There are many different types of acting schools, each with their own methods and philosophy. Some schools focus on contemporary theatre while others emphasise more traditional techniques. Once you’ve narrowed down your options, schedule a visit to each school so you can get a feel for the environment and meet with the instructors.

3) Look at the Curriculum of the Acting School

The curriculum of an acting school can vary. Make sure the school you are considering offers a curriculum that is appropriate for your child’s age and experience level. Some focus on theatre while others may offer more classes on film and television acting. Ask about the curriculum to make sure it is a good fit for your child.

4) See If the School has a Good Reputation or Not

If you’re looking for the best acting school for your child, you’ll want to make sure that the school has a good reputation. There are a few ways to do this. First, you can ask other parents whose children attend the school. Second, you can look up the school’s test scores and see how they compare to other schools in the area. Finally, you can contact the school directly and ask about their policies and procedures. Not to forget the ratings or reviews on platforms like Google Business or Yelp.

By taking the time to research a school’s reputation, you can be acknowledged that you’re making the best decision for your child’s education.

5) Ask about the Experience of the Teachers

You want to make sure your child is getting the best education possible. Ask about the experience of the teachers at the acting school you are considering. The instructors at an acting school can make a big difference in your child’s experience. Schedule a time to meet with them and ask about their teaching style and experience.

As any experienced actor will tell you, practice makes perfect. That’s why it’s so important to find an acting school that offers plenty of opportunities for students to perform. Whether it’s participating in short films, working with local theatre companies, or even just doing exercises in class, the more chances students have to hone their craft, the better for them to perform in future. So when looking for the right acting school for your child, be sure to ask about performance opportunities. That way, you can be confident that your child will be getting the best possible education and preparing them for a successful career in the entertainment industry.

7) Talk to other parents

If you know other parents whose children attend acting school, talk to them about their experience. Ask them what they like and don’t like about the school. They can provide invaluable insights into what to look for in a school and what to avoid. In addition, they can offer first-hand accounts of their own experiences, both good and bad. Talking to other parents is a great way to get an idea of what is out there and to find the best acting school for your child.

Making the decision to send your child to acting school is a big one. But if you do your research fully and ask all the right queries, you can be confident that you are making the best decision for your child’s future. 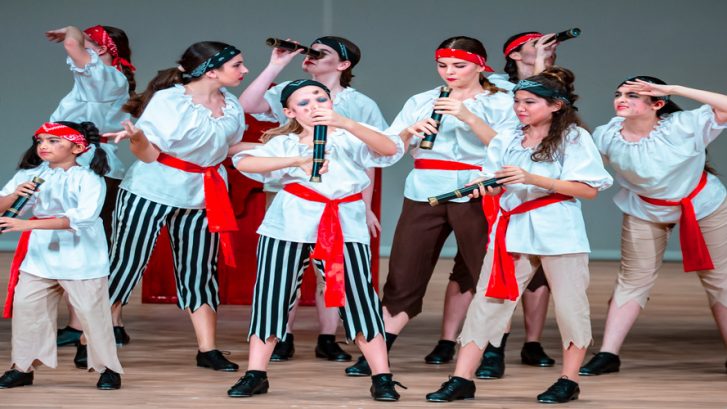 People often ask kids what they want to be when they grow up. While there are infinite answers to that question, a common one is “I want to be an actor” (or they will just probably answer that they want to be on TV). There is no doubt about why this is such a frequent answer since they are constantly being entertained and inspired by their favorite characters and shows. And, of course, at some point, these kids are going to ask their parents to let them take acting classes.

On the other hand, there are those kids who would rather be something else when they grow up and have never really shown interest in acting. Well, acting classes can be great for those too.

The fact is that whether you are trying to encourage your kid’s dream or not, acting classes have a handful of benefits for your kids as they grow up and develop into adults. The great thing about acting classes is that its benefits and effects on kids will start to show in a short term and follow them through life, helping to shape kids into the adults they will turn out to be one day.

So, even if your kid has not asked to take acting classes, it’s worth giving it a shot. For one, they will probably end up loving it! And it will go a long way in helping them to become confident, social and skilled people (and professionals).

Find out what are those benefits below:

Acting Lessons can Build Up Confidence

It takes preparation, commitment and, especially, confidence to stand on stage and perform an art piece in front of hundreds of people.

That is why there are different exercises that will be practiced throughout the year that will help the kids to develop a confident voice, a confident body and, most importantly, a confident portrayal of a character. So when they finally go on stage they feel ready to give their best. And, with years of practice, comes a greater and deeper learning on confidence.

It Works on Their Speech

You have probably heard the words “Unique New York” before. This is an exercise that actors and speakers do in order to train their speech skills.

The audience needs to understand what the actors are saying on stage. So some of the exercises the kids will perform during class and before each performance are speech and diction training. And that helps make them become adults with amazing speaking and presentation skills.

Speaking of presentation skills and confidence, theatre classes help boost public speaking skills because, not only it works on their speech, diction and confidence, but also works on how they can properly use their voices in order to be perfectly heard and understood, and how to overcome shyness.

They Work on Their Voice in Acting Classes

As stated above, acting classes work on how to properly use your voice. But what does that mean?

Theatre classes have numerous exercises to work on the tone, the voice, breathing and the diaphragm in order for actors to maximize their voices, reach the right tone and volume for a scene without harming their vocal chords.

They Get Voiceover Training

Speaking of voice training, career-wise, acting classes can create more than future professional actors and actresses. Should they choose to follow acting as a career, with all of the acting experience and voice training, your kids can also grow up to be voice actors or do voice overs for commercials.

Between classes, rehearsals and performances, kids that belong to the same theatre group will spend a lot of time together. Most theatre groups see each other as a family! So your kids will be able to make new friends and those friendships can last a lifetime!

It’s Good for the Memory

It’s no secret that actors need to memorize a big number of lines. That is why acting classes are so great for the memory!

It Teaches Self-Expression and Creativity

To portray a character means to express yourself as them on many levels: the voice, the body, face expressions and, sometimes, actors really connect emotionally with their characters.

As a final result, actors need to really express their characters. So acting classes are filled with self expression and creativity exercises that can benefit all kids but, especially the ones that are shy.

It Teaches Ability to Work Under Pressure

Performing in front of an audience is already a fair amount of pressure – in a positive way. But, beyond that, actors need to be able to think fast should any sudden changes happen right before the performance or even during a scene. That is, definitely, something that will teach your kids how to think fast and be able to work under pressure.

From the very first class to the final performance, acting classes are fun! They are filled with laughter, creativity and friends. It is a safe space to express themselves where they will always feel welcome and everybody will embrace the craziness within each one. Even though theatre demands commitment and a lot of training, every moment of it is just pure fun!

There are so many long-term benefits in taking acting classes as a kid, it’s hard to learn about them all and not go running to enroll them in drama lessons right away. Well, it’s probably a good idea. And, who knows? They might end up in Hollywood!

If you are feeling eager to know more and sign your kids up for acting classes, the Ballet Centre is one of the leading training centers for fine arts, like drama and dancing, in Dubai because our instructors are all qualified with world-class certifications from international bodies. We offer beginner lessons from ages as young as 5 years old so your kids can grow up surrounded by arts and friends, and have an amazing and life-changing experience!