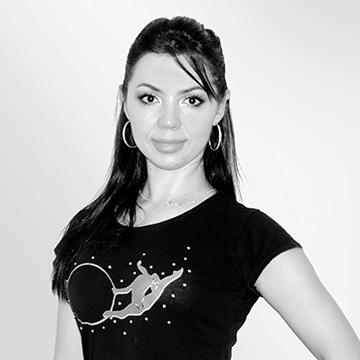 Kamilla is a graduate of the Ballet School of Uzbekistan where she was a student for eight years. Kamilla then studied for four years at the Tashkent State Higher School of National Dance and Choreography where she completed their demanding course qualifying as a Certified Ballet Teacher in 2006.

From 2006 to 2013 Kamilla held the prestigious position of ballet teacher at the Tashkent State Higher School of National Dance and Choreography was the choreographer for the Uzbekistan Gymnastics Federation for four years and was the manager of the White Swan private ballet school in Tashkent.

In addition to all of these impressive achievements Kamilla was a soloist and principle ballerina of the Bolshoi Theatre of Uzbekistan for fifteen years from 2000. Taking the bold step of moving to Dubai Kamilla joined Dugym in 2013 and is now a vital member of the family acting as one of the choreography coaches.